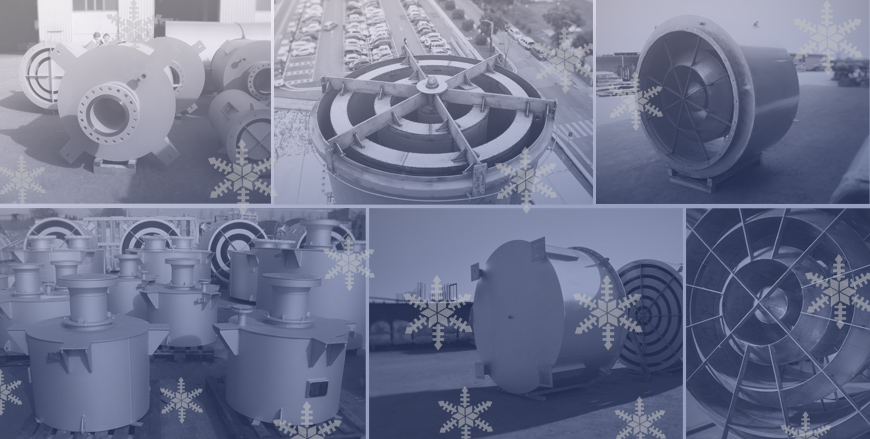 Another great year has passed re-confirming a growth trend for Stopson Italiana.

A slight recovery in oil price and general market demand is boosting our expectations for a brighter future ahead of us.

2017 has been a year of large investments for us in order to set up our Company for future growth: the acquisition of new calculation tools expanding our in-house capabilities to engineer complex projects, the implementation of technical documentation management system to support our ability and responsiveness to deal with most demanding Customers and project specs, the launch of SAP B1 ERP system scheduled for January 2018 are just a few examples of our enlarged platform to address next challenges.

Stopson Italiana remains grateful to all of our Customers who made that possible with their continuous support and trust and wishes you and your family a Merry Christmas and a prosperous 2018! 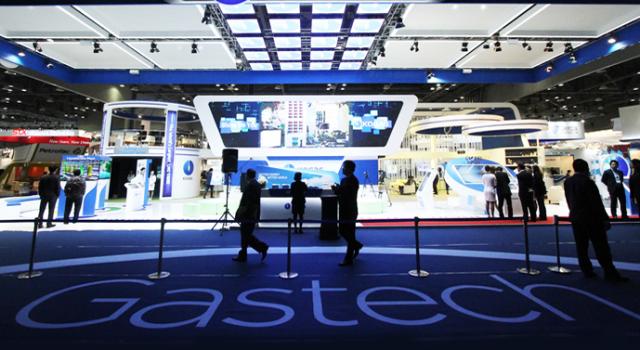 Stopson Italiana will exhibit at OMC 2017 and Gastech 2017

Two among the largest International Trade Show for Oil & Gas industry
Stopson will present its products of technological excellence within the Offshore Mediterranean Exhibition & Conference (Ravenna, IT), and Gastech (Tokyo). Two events that will bring together hundreds of companies and organizations from worldwide.
For all those attending, Stopson Italiana will make available its technical expertise to support any demanding requirements to develop new sound-proofing solutions in the Power Generation Industry and Oil & Gas.

Last February 16th, ExxonMobil Corp. has announced the expansion of its Singapore refinery to support the production of the company’s EHC™ Group II base stocks.

The aim is to develop the global supply of these products, enhancing the Singapore facility’s competitiveness. In facts, the project has been meant to enable customers “to blend lubricants that satisfy more-stringent specifications, help reduce emissions, and improve fuel economy and low-temperature performance“, ExxonMobil said.

On the other hand, Reuters published last week an announcement that a carbon tax on direct emitters is to be introduced from 2019. A strong signal that places Singapore – Asia’s main oil trading hub – in the way to moving towards a longer-term future dominated by cleaner technology and resources.

This expansion project represents the latest in a series of recent ExxonMobil investments in base stock production, including a previous expansion of capacity at the Singapore refinery in 2014, a recently-commissioned project at the company’s major integrated facility in Baytown, Texas, and introduction of Group II base stocks into European markets ahead of the anticipated completion of the new Rotterdam hydrocracker unit in 2018.

ExxonMobil released that a cogeneration project has started to improve energy efficiency and reduce emissions at the Singapore refinery. Construction is expected to begin during the second quarter of 2017 with completion anticipated in 2019. 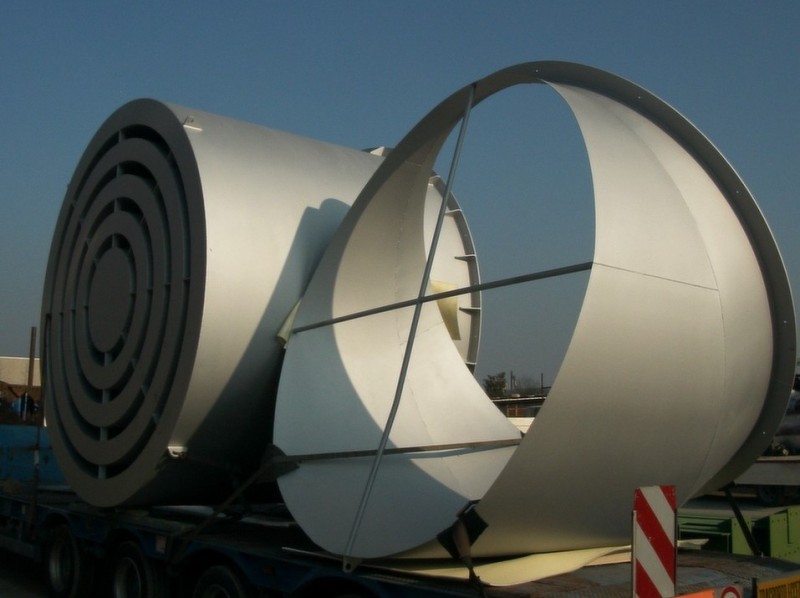 The need for the companies to adopt a solid noise control policy has been widely covered in a recent article.

Regarding the control of the noise during its propagation – from the source to the receiver (generally the worker) – some or all of the following actions need to be considered meticulously, in order to set-up the most appropriate infrastructure within the plant:

The commitment starts with a detailed analysis in order to ensure proper noise control measures for the facility design process. Three necessary steps in raw are accurately executed:

All the analysis performed on noise and vibration problems are accomplished taking in account of noise control optimization’ costs, risk management from facility noise, complaints and regulatory compliance challenges.

Stopson Italiana is one of the Italian leading provider of innovative sound control solutions, noise impact model design and prediction. 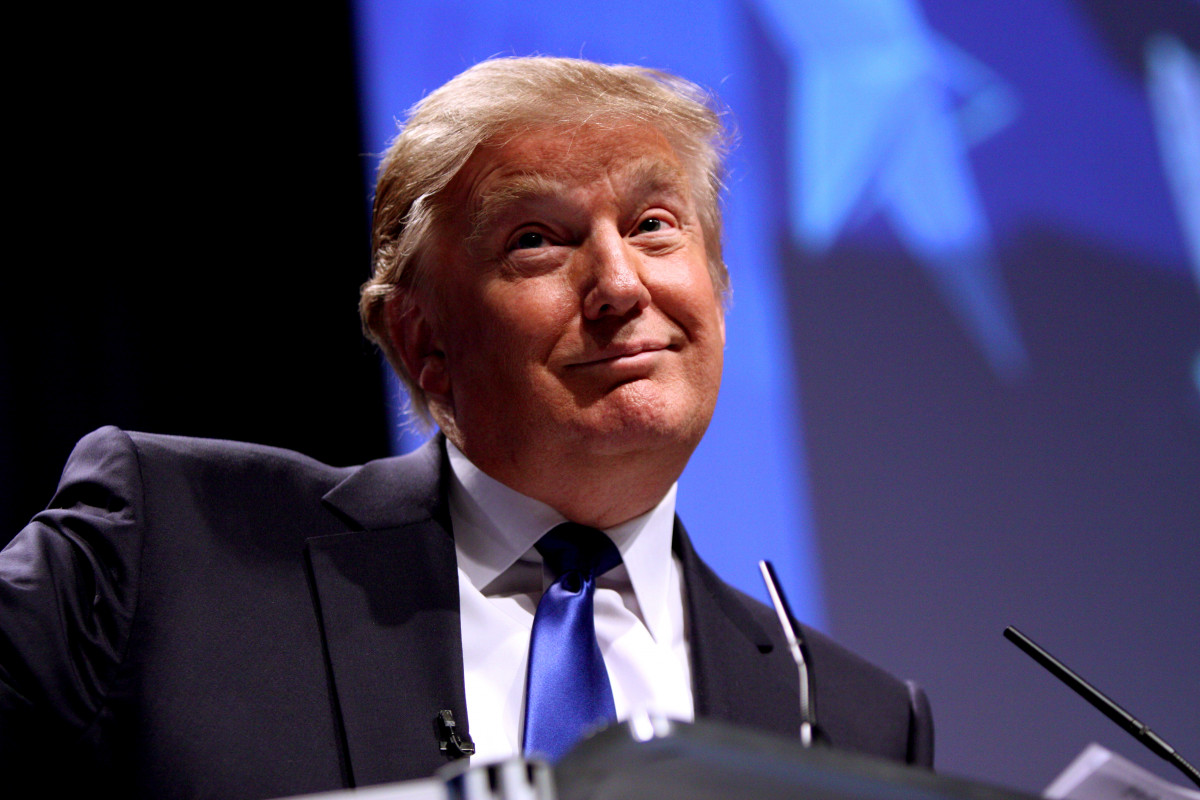 From the stocks’ uncertainty to the pipeline’s manufacturing reestablishment: the new elected 45th US President keeps pushing to boost gas and oil outputs

“Making America ‘Crude’ Again”. This the buyword resounding like a commercial – and spotted by the newspaper – after the last new elected 45th US President Donald Trump’s speeches. How the Trump’s policy could affect the oil and gas market is still undoubtedly hard to sentence. However, barely hours after Trump had taken office, a revised White House website has declared its new found pro energy industry credentials.
That’s the way on which – after three days into his presidency – Trump gave his explicit backing to two controversial pipeline projects: Dakota Access and Keystone XL, providing American steel for their construction.

Nevertheless the presidency of Donald Trump, who made promises on the campaign trail to boost US oil and gas output and roll back regulations unfriendly to industry, is expected to be a stark policy departure from President Barack Obama, who spent much of his political capital over the past four years pushing efforts to combat climate change.

Furthermore, Trump reiterated his creed that pipeline makers use U.S. materials when they build projects in the United States, another sign that he will keep pressure on companies in the middle of the energy sector.

Crossing the boundaries, Mexican gasoline market reforms could influence U.S. gasoline export trends. In facts, the government is in the process of opening its gasoline and diesel markets to outside competition and replacing government-set prices with market-based prices. Last year, Mexico began allowing entities other than the state-owned company Petróleos Mexicanos (Pemex) to import gasoline and diesel and open retail stations. These changes followed previous energy sector reforms that ended Pemex’s upstream monopoly and opened the oil and natural gas sectors to foreign direct investment. Although Mexico is a large crude oil producer, it relies heavily on imports of gasoline from the United States to meet domestic demand. Therefore, the outcome of gasoline market reforms in Mexico may have significant implications for the sale of U.S.-produced gasoline.

Based on projections in EIA’s January 2017 Short-Term Energy Outlook (STEO), natural gas prices are expected to increase in both 2017 and 2018. Rising natural gas prices could lead developers to postpone or cancel some of the upcoming power plant additions. Construction timelines for these plants are relatively short: more than half of the natural gas-fired generating capacity scheduled to come online in 2017 and 2018 was not yet under construction as of October 2016.
Stock and trading
On the New York Mercantile Exchange, light, sweet crude futures CLH7, +1.43% traded at $52.43 a barrel, down 20 cents, or 0.4%, in the Globex electronic session. Brent crude LCOH7, +1.05% on London’s ICE Futures exchange fell 9 cents to $55.14 a barrel. U.S. oil production now stands at 8.96 million barrels a day, according to the U.S. Energy Information Administration.

According to a BMI Research report, North America, the Middle East and parts of Asia will lead the recovery in oil and gas spending over 2017. The reports told that spending on oil and gas in North America is expected to raise by more than 17% this year. 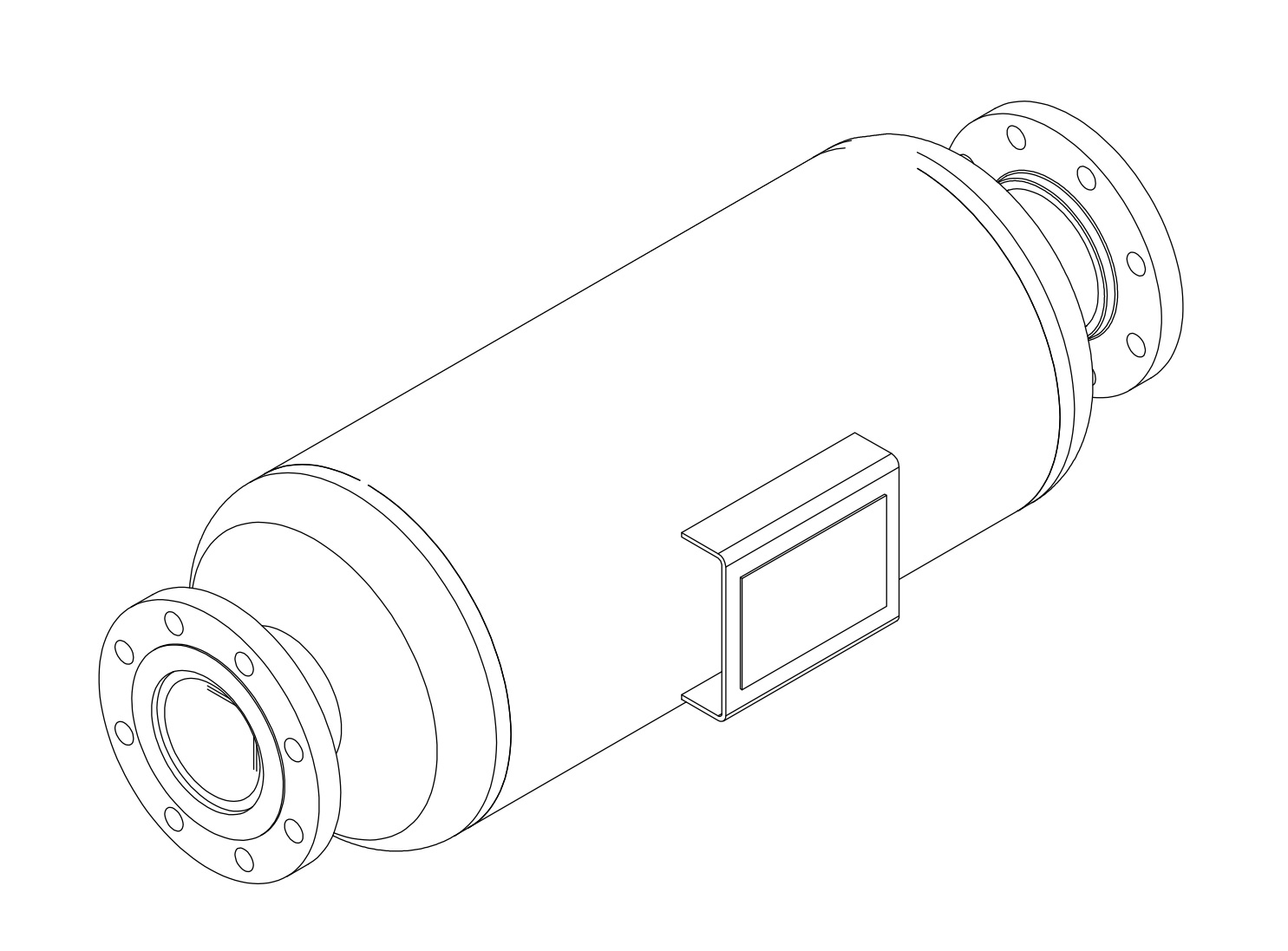 Stopson Italiana has recently fulfilled the supply of stainless steel in-line silencers to be installed at 1st and 2nd stage of a screw compression skid for offshore installation. With an operating pressure between 1.7 and 8.7 barg and a design pressure of 11 barg, the two silencers have been hydrostatically tested up to 22 barg. Operating temperatures vary in the 180-240 °C range. 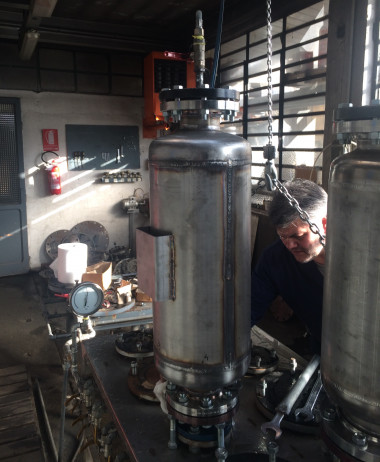 STOPSON in-line silencers are designed according to ASME VIII Div. 1 and PED certified to match various applications even requiring small, compact construction with high acoustic performance. With special materials suitable for sound absorbing in a pressurized environment, they allow higher velocities since those materials are not directly exposed to the flow, thus maintaining higher initial acoustic performance.

According to the required design pressure, an accurate calculation of the actual fluid density allows proper internal sizing, to avoid the risk of losing soundproofing materials into the flow.
Our design criteria can match the most stringent requirement in terms of thermodynamic conditions, materials and size, thus making STOPSON’s In-line silencer a state-of-the-art solutions for a large number of onshore and offshore installations. 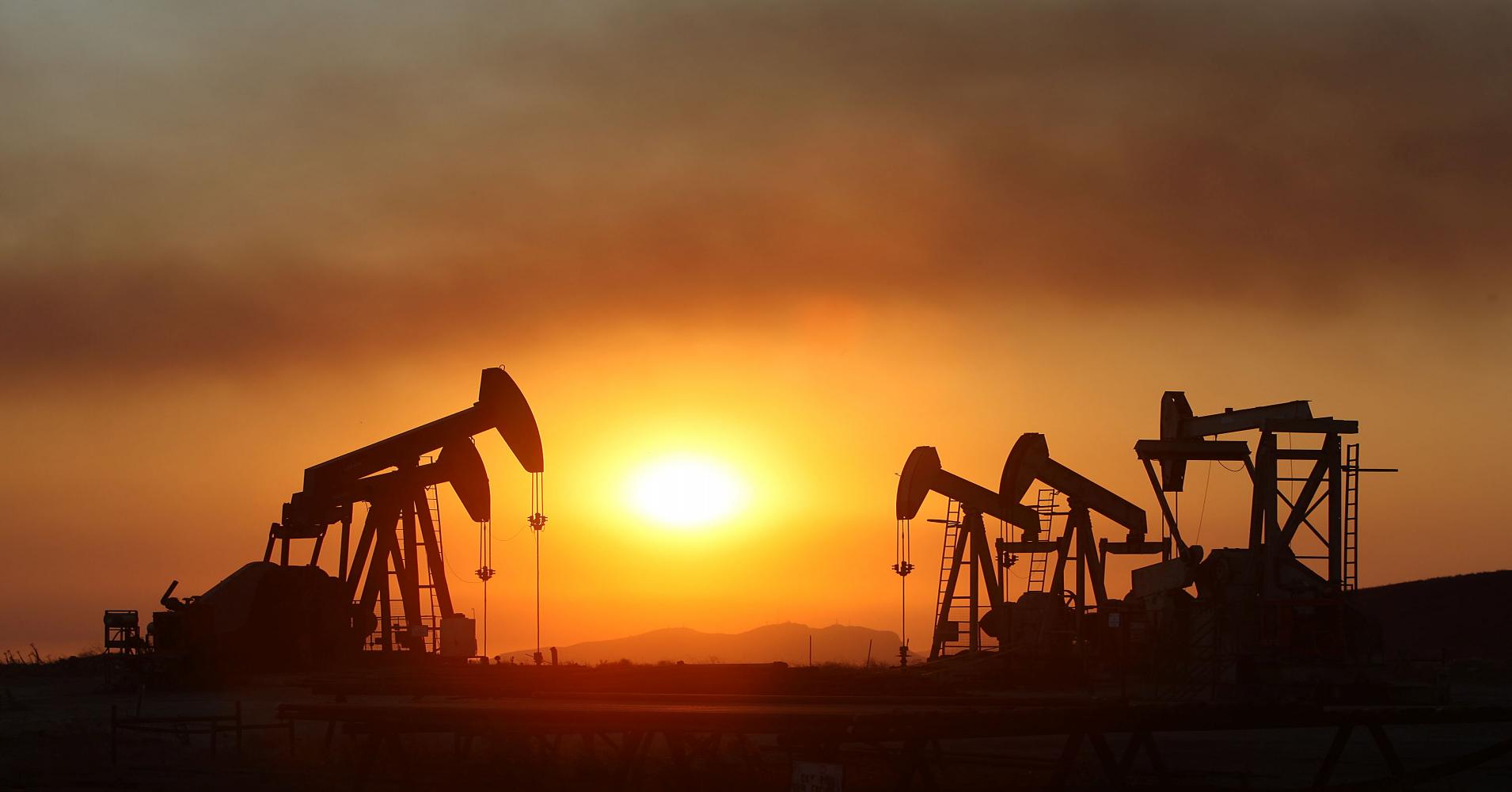 Goldman Sachs (GS) expects that successful implementation of OPEC (Organization of the Oil Exporting Countries). Non-OPEC producers’ plan to cut production will reduce the oversupply in the market and support crude oil prices.
Goldman Sachs expects Brent to average $58 per barrel in 2017—compared to its previous forecast of $51.50 per barrel. Likewise, it expects WTI crude oil prices to average $57.50 per barrel for the same period.
However, a recent Reuters report may be showing there was more to the decision to cut production. While the supply imbalance was first the main reason for the cut, now reports are surfacing that prior production levels may have been testing capacity limits.

OPEC agreed to slash the output by 1.2 million barrels/day from Jan. 1, with top exporter Saudi Arabia cutting as much as 486,000 barrels/day.
Non-OPEC oil producers (such as Azerbaijan, Bahrain, Brunei, Equatorial Guinea, Kazakhstan, Malaysia, Mexico, Oman, Russia, Sudan, and South Sudan) agreed to reduce output by 558,000 barrels/day. And this latter starting from Jan. 1, 2017 for six months, to take into account prevailing market conditions and prospects.
Nevertheless, the successful implementation of Donald Trump’s energy policies would lead to a rise in US crude oil production. The rise in non-OPEC production in 2017 would also pressure crude oil prices. A Wall Street Journal survey of major banks predicts that US and Brent prices will average $54 per barrel and $56 per barrel in 2017, respectively. It’s $1 per barrel more than the previous estimates.
Let’s see in June which effects of this policy in the oil market. 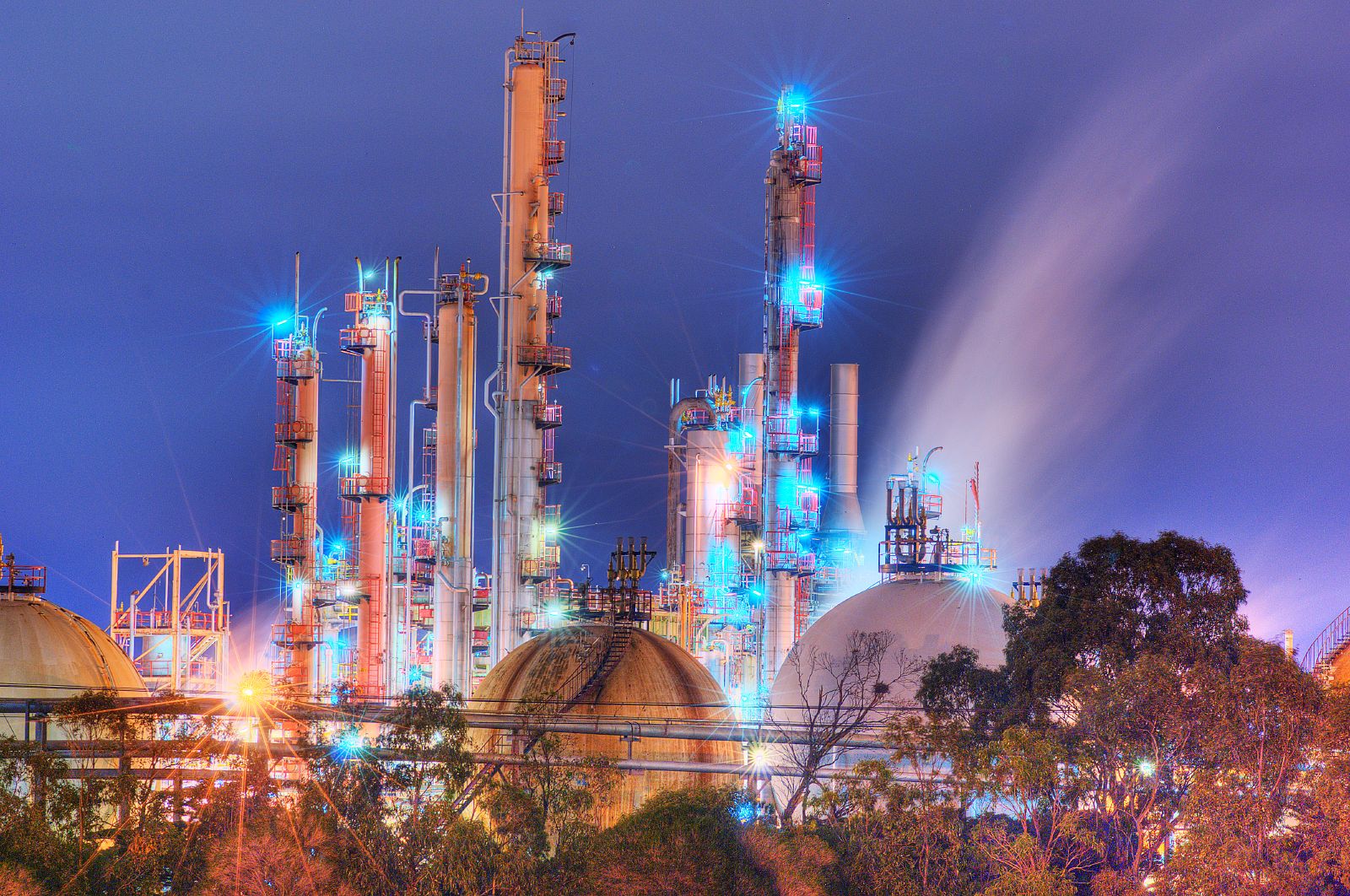 Stopson Italiana wishes you a Merry Christmas and an outstanding 2017!

It has been a great year of growth and confirmation for Stopson Italiana.
Thanks to our customers’ trust and support from our suppliers we could track a growth trends in volume, profit and moreover work force.
Our Sales team is today counting on three full-time resources to support a growing demand for responsiveness and competitiveness, as well as three resources within the Project Management team, now supported by six units Engineering Team and two external consultants.
Our 50 years long experience in the steam vent silencers market has enabled us to record one of the highest volumes ever in this product segment through the acquisition of several contracts with major Engineering Companies for plants located in Russia, Egypt , Saudi Arabia, Malaysia, Iraq. This is also to confirm Stopson Italiana’s high exposure to the international market, made also possible thanks to the presence of our Company in the most important trade fairs.
We were in fact present at this year’s Power Gen Europe in Milan and at the Power Gen Asia in Seoul, in line with our marketing policy that will be confirmed in 2017 with participation to OMC 2017 in Ravenna in late March, Gastech 2017 Tokyo in April and Power Gen Europe in Cologne in June.

Keep following and supporting us, your confidence is our strength.